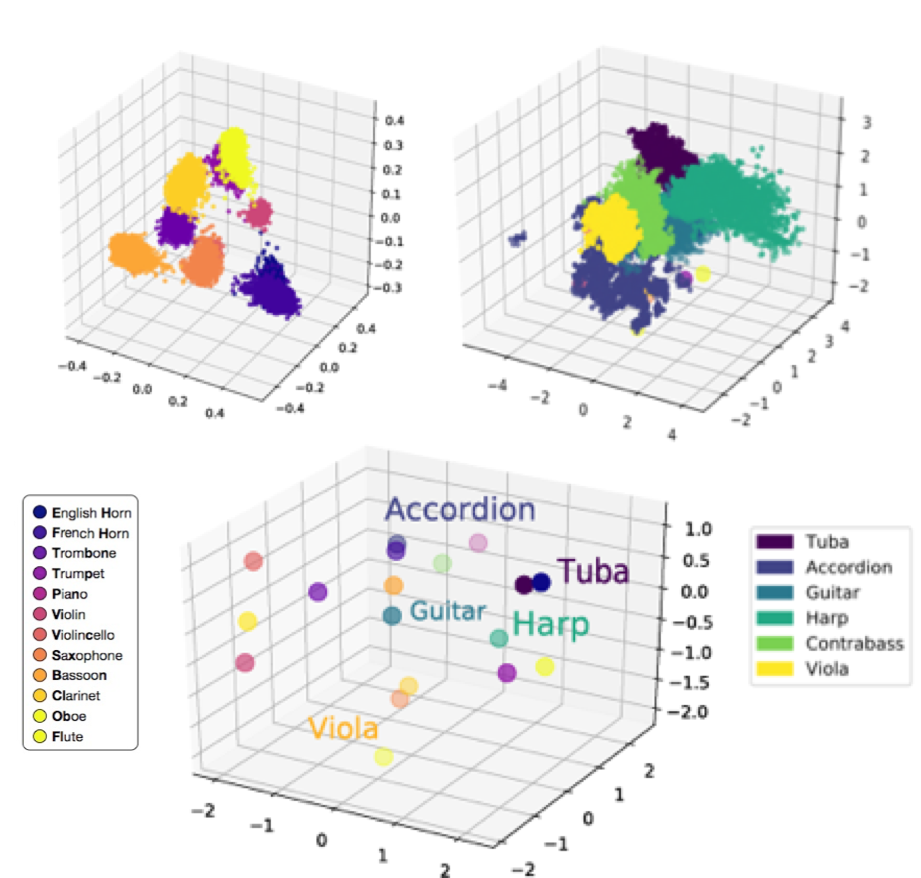 This project is a collaborative venture between IRCAM, McGill University, and the OrchPlayMusic company, co-funded by the French ANR, and the Canadian SSHRC.

INITIAL OBJECTIVES OF THE PROJECT

The initial objectives of the project are to transform musical orchestration by targeting the emerging properties of instrumental mixtures in terms of perceptual effects, the multimodal sources of information in orchestration linking the spectral (instrumental properties), symbolic (musical writing) and perceptual (timbre perception) information. To provide the computational expertise of orchestration practice and perception (through well-known but under-defined orchestral effects) by developing innovative machine learning algorithms targeted at perceptual effects, but also to extract rich pedagogical knowledge for the practice of orchestration. The main objectives within the time frame of this proposal are:

By closing the loop between perceptual effects, their analyses and a perceptual validation of the extracted knowledge, this project aims to provide enhancement in the targeted fields but also generic methods broadly applicable to other scientific fields. The project will produce a set of software and models as well as experimental data shared publicly. The partnership aims to produce digital tools for solving orchestration problems and analyses of musical scores and treatises.

Orchestration is the subtle art of writing music by combining the properties of different instruments in order to achieve various sonic goals. This complex skill has an enormous impact on classical, popular, film and television music, and video game development.
For centuries, orchestration has been (and still is) transmitted empirically through treatises of examples by focusing solely on describing how composers have scored instruments in pieces rather than understanding why they made such choices.
Hence, a true scientific theory of orchestration has not yet emerged and needs to be addressed systematically, even though the obstacles such an analysis and formalization must surmount are tremendous. This project aims to develop the first approach to the long-term goal of a scientific theory of orchestration by coalescing the domains of computer science, artificial intelligence, experimental psychology, signal processing, computational audition, and music theory.

To achieve this aim, the project will exploit a large dataset of orchestral pieces in digital form for both symbolic scores and multi-track acoustic renderings of independent instrumental tracks.
This set is continuously expanding through a leveraged research project, in which the partners of are also main collaborators.
Orchestral excerpts have been and are currently being annotated by panels of musician experts, in terms of the occurrence of given perceptual effects related to auditory grouping principles.
This leads to an unprecedented library of orchestral knowledge, readily available in both symbolic and signal formats for data mining and deep learning approaches.
We intend to harness this unique source of knowledge, by first evaluating the optimal representations for symbolic scores and audio recordings of orchestration based on their predictive capabilities for given perceptual effects. Then, we will develop novel learning and knowledge extraction methods based on the discovered representations of perceptual effects in orchestration. To this end, we will develop deep learning methods able to link audio signals, symbolic scores, and perceptual analyses by targeting multimodal embedding spaces (transforming multiple sources of information into a unified coordinate system).
These spaces can provide metric relationships between modalities that can be exploited for both automatic generation and knowledge extraction.
The results from these models will then feed back to the analysis of orchestration and will also be validated through extensive perceptual studies.
These results will in turn enhance the organization of the knowledge database, as well as the software of our collaborating industrial partner OrchPlayMusic.
By closing the loop between perceptual effects and learning, while validating the higher-level knowledge that will be extracted, this project will revolutionize creative approaches to orchestration and its pedagogy.
The predicted outputs include the development of the first technological tools for the automatic analysis of orchestral scores, for predicting the perceptual results of combining multiple musical sources, as well as the development of prototype interfaces for orchestration pedagogy, computer-aided orchestration and instrumental performance in ensembles.

This project seeks to create novel representations and learning and analysis techniques to establish a scientific basis for musical orchestration practice.
The objectives are to provide computational analyses of orchestration practice and perception (through well-known but under-defined orchestral effects) by developing innovative machine learning algorithms in order to understand higher-level perceptual effects, but also to obtain a rich pedagogical knowledge to :

Therefore, our first objective is to develop optimal symbolic and signal representations of orchestral music.
By evaluating the predictive power of these representations, we will orient further investigations on perceptual properties.
By performing a coordinated analysis between the musical scores, separate audio recordings of different instruments and perceptual annotations, we can identify the relationships between these sets of information.
Therefore, we will develop learning algorithms to find embedding spaces that link these different modalities into a unified coordinate system.
We will perform knowledge extraction, inference and generation of one modality based on the others.
Finally, the results from these models will be validated through extensive perceptual studies that will continuously feed back to the other tasks.

*Esling, P. (2019). Directions for the future of artificial creativity. UNESCO Conference on the future of Artifcial Intelligence, Paris, France.

Kazazis, S., Depalle, P. & McAdams, S. (2019). A meta-analysis of timbre spaces based on the temporal centroid of the attack. 2019 Auditory Perception, Cognition, and Action Meeting, Montreal. [A]

Bitton, A. Chemla-Romeu-Santos, A. & Esling, P. (2018). Timbre transfer between orchestral instruments with semi-supervised learning. Timbre 2018: Timbre Is a Many-Splendored Thing, Montreal. [A] 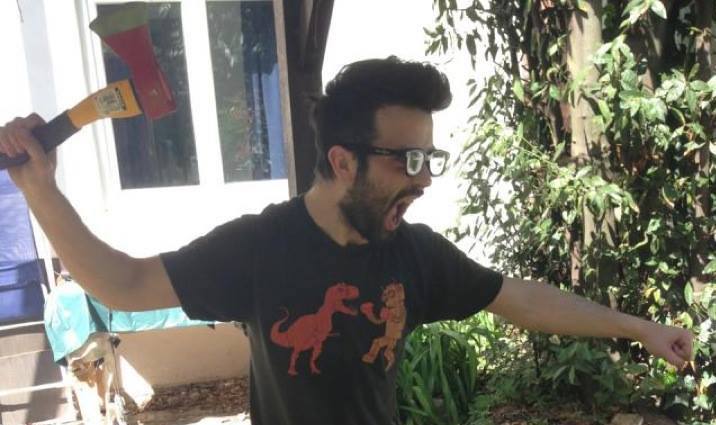